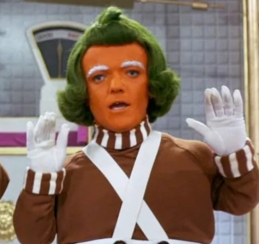 I was already hooked. Already all-in. I was already totally set on watching the most dominant soccer side in modern history throughout its run through the French field.

And this was before Pennsylvania Avenue’s toxic Twitter-addicted Oompa Loompa injected himself into the equation.

At that point, there was no way I was going to miss a moment. Not a cross. Not a through-ball. Not a set-piece. (Note: As soccer fans go, I a solid 6.5 on a 10 scale–so while I can hold up my end of the bargain in most conversations and get a passing grade, the really futbol nerds can sniff me out a kilometer away. I expect full credit for using metric there.)

Let me explain: As a member of the sports media, and as recovering fat kid for whom youth sports was never an option or interest, I’ve made it my mission never to force sports on my children. While my career has largely revolved around this arbitrary ability to talk about sports with strangers, I could not care less whether or not my children ever take a jump shot–or even know what one is, to be honest.

And so that was what we did over the last few weeks. We talked openly about standing up to bullies, about being confident and joyful, about staying humble in times of success. We talked about all of this in the scope of our women’s team, the best damn soccer team ever assembled.

Which led me to the moment I’ll share with you below. As Meg Rapinoe lined up for her PK in the second half, I thought quickly about all those awesome fan videos from inside pubs across the world. And while the pub life has mostly left me in the dust, dad life has me dead to right. So I hit record on my phone.

And the result is the official Belanger Family reaction regarding the 2019 FIFA World Cup champions.

View all posts by Kyle Belanger

4 thoughts on “USWNT wins the World Cup, and I’m out here breaking promises to my kids (fan reaction video included)”